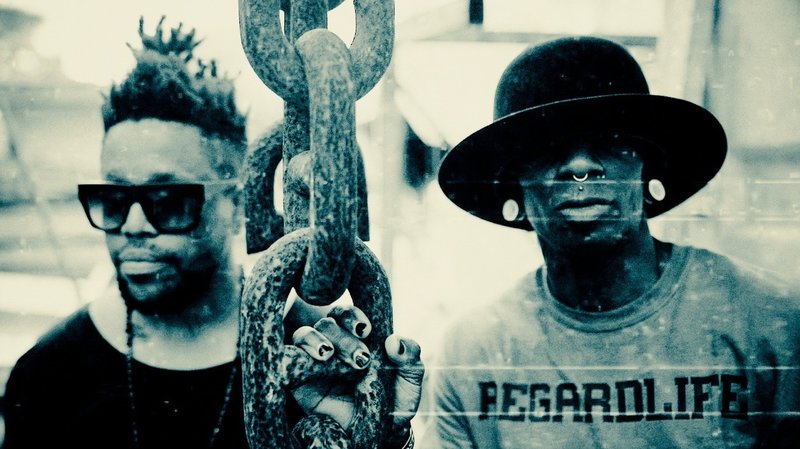 "House has survived and is constantly being reinvented."

The 312 brings together three important figures in the history of Chicago house music: Felix Da Housecat, Vince Lawrence, and Jamie Principle. "We [have] all known each other since early 80s," Felix tells Billboard in an email. "We all grew up together on the same scene. It was like a movement and they were the driving force. Especially Jamie – his voice pretty much carried house."

On Friday, the three release the Touch Your Body on the Crosstown Rebels label, and the title track is premiering today exclusively on Billboard. Principle sings in his usual mode – tense, pleading, lusty – while a big bass line steps purposefully in the background. The song ends in a whisper, as if Principle is about to evaporate.

How did you meet Vince?

I've known Vince since the beginning of House Music when he was A&R at Chicago Trax. We became very good friends in 1991 and remain friends to this day. I look at Vince as like a Guru Ala Rick Rubin of House Music.

Jamie and Prince were my childhood heroes. His voice to me you can't explain – it's like you asking me, "What does the Holy Spirit feel like?" Or, "what is it like to feel the creator's presence?" You can't put a question like that into words.

Did this track come together in the studio or remotely?

I flew to Chicago with the plan to create this song. Originally it was supposed to be myself and Jamie, but I asked myself who would be the perfect person to sonically destroy the dancefloor with, and Vince and his recording studio came to mind.

We all sat in one room and jammed. I sat there by the synth, played the bassline first. I asked Yuki (the engineer) to give me a simple kick snare, so I can just get a simple vibe and I had the music done in about an hour. That's when Jamie started writing away whilst Vince joined him. While I was finishing overdubs on the music, I said, "Jamie can I pretend to be you and lay down melody for verses?" He looked at me like I was crazy. So I took that as a yes. I asked Yuki to mic me up at the start of the track, and I sang the song melody without words, pretending to be Jamie. Then Jamie cloned me being him and Jamieized it. Jamie then whispered in my ear and said, "I got the chorus." I was like, "cool, sing it."

How did you first hear about Crosstown Rebels?

I've known Damian Lazarus since him signing me with Phil Howells on City Rockers in 2000, Kittenz and the Glitz. After that he would start Crosstown. So he's always been like a brother and mentor to me.

How do you feel about the current state of house music?

House Music is here to stay; it's not going anywhere. It's always been changed up with names, trends, titles. Trends always die. House has survived and is constantly being reinvented.

Have you worked with Moodymann before?

No – always been huge fan of his work, so I reached out to him, and he smashed the rework. Best remix I've heard in ages.